My Bond with Bond.

With Skyfall coming out in the next week and with the disaster of Quantum of Solace not such a distant memory, it seems as though everyone is waiting with bated breath to see if the standards of modern Bond have risen back up to that of Casino Royale. With this strong Bond frenzy filling the air, I thought this would be an appropriate time to chart my ten favourite James Bond films. The Bond franchise is certainly something to be celebrated, in Britain especially, with it being the highest grossing franchise the country has produced, until 2007 when it was over taken by the Harry Potter franchise.

I am not going to comment on why each film earned its place in my top ten as I feel the work speaks for itself. Also, my love for Bond stems from a childhood filled with VHS television recordings of them. Therefore, I am basing my favouritism upon a memory of an infatuation. My favourite James Bond actor is also based upon this. My list will reveal quite clearly who my favourite Bond is and, once again, this is due to my memory of him and not a critical analysis of Bond.
Perhaps I should revisit them all and study and critique the stories and performances. No. As much as I enjoy de-constructing cinema, Bond is something that should be enjoyed and never over thought.
10. The Man with the Golden Gun (1974) 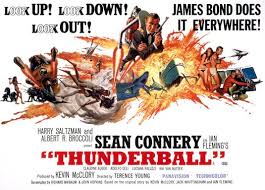 So there you have it. Quite clearly my favourite Bond is Moore. My favourite Bond films were, by majority, the ones in which he starred. The Bond Franchise is full of romance, betrayal, sensuality and adventure. The music is also such a cognitive part. I was lucky enough to watch the BBC Philharmonic Orchestra perform the greatest Bond themes at the BBC studios in Salford only a month ago, where Live and Let Die was voted the greatest Bond theme of all time. It was an incredibly enjoyable and nostalgic experience watching so many of my favourite Bond themes being played live by such a wonderful Orchestra. My next entry will be charting my favourite Bond theme tunes. It will be interesting to see if Skyfall is as marvellous as so many of us are hoping.
Thanks for reading and let’s all keep supporting our beloved film industry.