Twenty four hours ago I was sat in The National Media Museum in Bradford watching Mark Kermode interview Ray Winstone, on his life, his acting career, his choice of films and his opinions of the state of the British film industry. I was thoroughly impressed by the experience and admired Winstone’s insights into the roles that he has played. As I watched his swagger down the stairs to the stage, he was everything I had expected he would be. He had an air of confidence about him that verged on a loveable arrogance. His deep cockney accent filled the room as he greeted everyone and thanked us all for attending. Throughout the interview he needed little prompting from Kermode as he freely opens up about certain roles he has played and certain experiences. 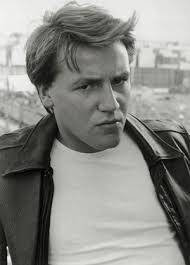 I found his insights into his time on the film The War Zone particularly interesting. Having studied the film as part of my course at University I was interested to learn more about Ray Winstone’s struggles on set. Playing a paedophile who sexually abuses his own daughter, Winstone speaks of how difficult this role was to portray and how terrified he was of losing himself in the role. He spoke of the crews support and how the kind words of fellow actors and director Tim Roth helped him to accomplish the challenge of filming one particularly difficult scene.

I was fascinated by his interpretation of certain characters and the way that he approaches these roles. For example, he spoke of his role in The War Zone and Nil By Mouth and talked about how playing a villain does not mean you should play the character as a villain. He attempts to create characters that, initially, you care about. Therefore, when they perform horrific acts, it makes the audience re-consider how they feel about the character. Ray claimed that “These are good people…These are men you drink with at the pub, you don’t know what they do at home.”

There was a humbleness about Mr Winstone. His appreciation of the audience and the organisers of the film festival was very warming and despite his cheap shots about my darling Woody Allen I was incredibly relieved that he was such an intelligent actor with such a unique honesty in his discussions of both Hollywood and the British film industry.