Out of this year’s nine Academy Award ‘Best Picture’ nominees it is possible that 12 Years a Slave has had the most publicity; closely followed by Gravity. Adapted from the memoirs of Solomon Northup, 12 Years a Slave tells a story of truth; a fact that makes the film even harder to watch and more tragic to accept. The injustice of this story is what makes it so powerful. Director Steve McQueen handles his material well despite occasionally drifting towards the overly-sentimentality that Spielberg’s Amistadalso suffered from. Certain lines of dialogue are straight out of the “How to Win An Oscar” handbook but still you can not deny the bravery, conviction and passion that has been put into this cinematic telling of human suffering and human atrocity. Solomon Northup is a free man in the year 1841; working as a carpenter and talented musician and raising his two children with his loving wife. After being drugged and sold into slavery, his sorrowful ordeal begins. Transformed into a slave, whilst quickly learning that his education and social position are now meaningless, Solomon undergoes the most humiliating and torturous of human experiences. McQueen’s biopic has brought deserved acknowledgement back to a forgotten story whilst shining a harsh new light upon the abomination, that is, slavery.

The film’s star-studded cast is both a blessing and a problem, with half the cast giving career changing performances whilst the other half simply show their famous faces, no doubt to guarantee great audience figures, and vanish again. Steve McQueen’s friendship with, and admiration for, actor Michael Fassbender makes them a globally recognised cinematic duo. Here, Fassbender gives a monstrous performance in McQueen’s third feature film. Tied to a more conventional script and a less experimental type of storytelling Fassbender is unable to reach the heights of brilliance that he achieved in McQueen’s first two films; Hunger and Shame. Nonetheless, he still gives a bold and convincing performance as Edwin Epps, a twisted and merciless cotton farmer and slave owner. Fassbender plays the big bad wolf with a vicious fire in his belly. He remains one of the greatest actors to emerge from Britain in the last decade. Chiwetel Ejiofor gives a staggering performance as Solomon Northup, once a man of wealth and freedom whose tragic story we follow. The pressure of carrying a story as painful as this does not appear to phase Ejiofor. He is consistently a marvel. Paul Dano and Paul Giamatti both deliver brief but powerful portrayals of white men claiming black men and women as their property. The less convincing performances come from Brad Pitt and Benedict Cumberbatch, a fact that I am very sad to state. There has been a lot of press surrounding actress Lupita Nyong’o, who graces the cinematic screen for the very first time in 12 Years a Slave. Nyong’o’s emotional outbursts, when discussing her role during interviews, reflects the empathy and sorrow she had for her character, Patsey. Her performance is simply astonishing. There is a depth of despair reached by Nyong’o that our world’s greatest actresses are yet to accomplish. Her chilling performance is a reminder of the power and importance of this story.

The graphic nature of the violence in McQueen’s 12 Years a Slave has been another crucial talking point amongst critics and cinema goers. In typical McQueen fashion, he refuses to shy away from anything. Surely, this is out of respect for the story he is telling. The violence is substantial but not excessive. More than anything, the violence is crucial. One would lose respect for a director who chose to turn the camera away from Patsey’s sexual abuse, Solomon’s verbal and physical torture or the agonising deaths of so many in order to prevent the audience from recoiling in disgust. This violence, on some level, has to be shown to be believed. Angry and disbelief swarmed inside of me during the screening, as I found myself unable to understand the horrors that humans are capable of bringing down upon one another. 12 Years a Slave is a necessary awakening to one of the ugliest occurrences in our human history. McQueen refuses to shy away from the violence in the same way that we should refuse to turn away from this tragic truth. 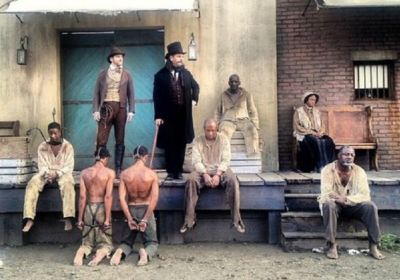