The Wolf of Wall Street.

A familiar force is present in Scorsese’s latest cinematic whirlwind in the form of editor Thelma Schoonmaker. Wife of the late and great Michael Powell, one of Scorsese’s cinematic idols, Schoonmaker has edited every film of Scorsese’s since Raging Bull and it could be argued that she is equally responsible for creating that precise feeling I get from a Scorsese picture; that feeling I struggle to put into words. The Wolf of Wall Street also sees the return of actor Leonardo DiCaprio to Scorsese’s more contemporary work. Their fifth collaboration, The Wolf of Wall Street might just be their most intense with DiCaprio taking a producing role as well as an on-screen one. Based on the writings of Jordan Belfort who shot to wealth as a stock broker and fell even harder at the hands of the law, The Wolf of Wall Street presents us with a hazed world filled with drugs, prostitutes and piles and piles of money. A classic tale of greed and corruption, The Wolf of Wall Street doesn’t necessarily bring anything particularly original to the screen but what is does bring is delightfully intoxicating. At three hours long, The Wolf of Wall Street has set itself up to be compared to the likes ofCasino, a personal favourite of mine amongst Scorsese’s back catalogue. More substance abuse doesn’t necessarily mean more substance for the audience but, nonetheless, there is a lot of fun to be had here.

DiCaprio reinvents himself yet again as the monstrosity that is Belfort. His delivery is second to none and his natural intensity makes him a constant marvel – I could have happily sat for another hour just watching him snort cocaine from the countless body parts of another twenty hookers. Margot Robbie is the Sharon Stone of this film and gives the film’s most outstanding performance as the seductive lover, the spoilt wife and the eventual constant headache for Belfort. Together with DiCaprio she brings the story to life and it is when the two are on screen together that we are reminded of Sam and Ginger’s volatile, but beautifully acted, relationship in Casino from almost twenty years ago. Both films have different things to offer and shouldn’t be compared too closely but it is partnering DiCaprio with such an electrifying actress that makes you realise why it is that Martin Scorsese chose him to fill De Niro’s shoes. Rob Reiner and Jean Dujardin give great performances but as characters who don’t seem to be given much space to grow. I only wish that with three hours of screen time Scorsese might have found time to dig a little deeper into other characters. After all, it is this study of so many different crooks and cons that makes both Casino and Goodfellas the masterpieces that they are. Jonah Hill gives a less irritating performance than I expected and by the end of the film I found myself pleasantly surprised by his convincing portrayal of Belfort’s right hand man.

The use of music in The Wolf of Wall Street is intense but somewhat misjudged. The use of a contemporary and diverse soundtrack proved miles away from what I expected to find in a Scorsese crime drama. Whether this is a good or a bad thing I am still not sure. There was just something that didn’t quite fit when it came to the film’s score. Some scenes that I initially saw as self indulgently long made more sense as the film progressed and eventually fitted within the whole story being told. The film comes to a slightly unfulfilled ending but then again, doesn’t Goodfellas always leave you feeling a little deflated? And isn’t that the whole point? There are some truly masterful moments in The Wolf of Wall Street and some great cinema on display. Perhaps it was just the loud soundtrack, and the vibrant images that lasted 180 minutes, but I left The Wolf of Wall Street feeling like I needed to come back down from an intense high. There is great pleasure to be taken from Scorsese’s latest work. The Wolf of Wall Street is certainly not one of his masterpieces but there is much to be indulged in here. This is a great film with great character and, just like Jordan Belfort, The Wolf of Wall Street encourages you to enjoy yourself as much as possible before it’s suddenly all over. This remains where Scorsese is most comfortable; with the crooks, the violence, the drugs and the corruption. 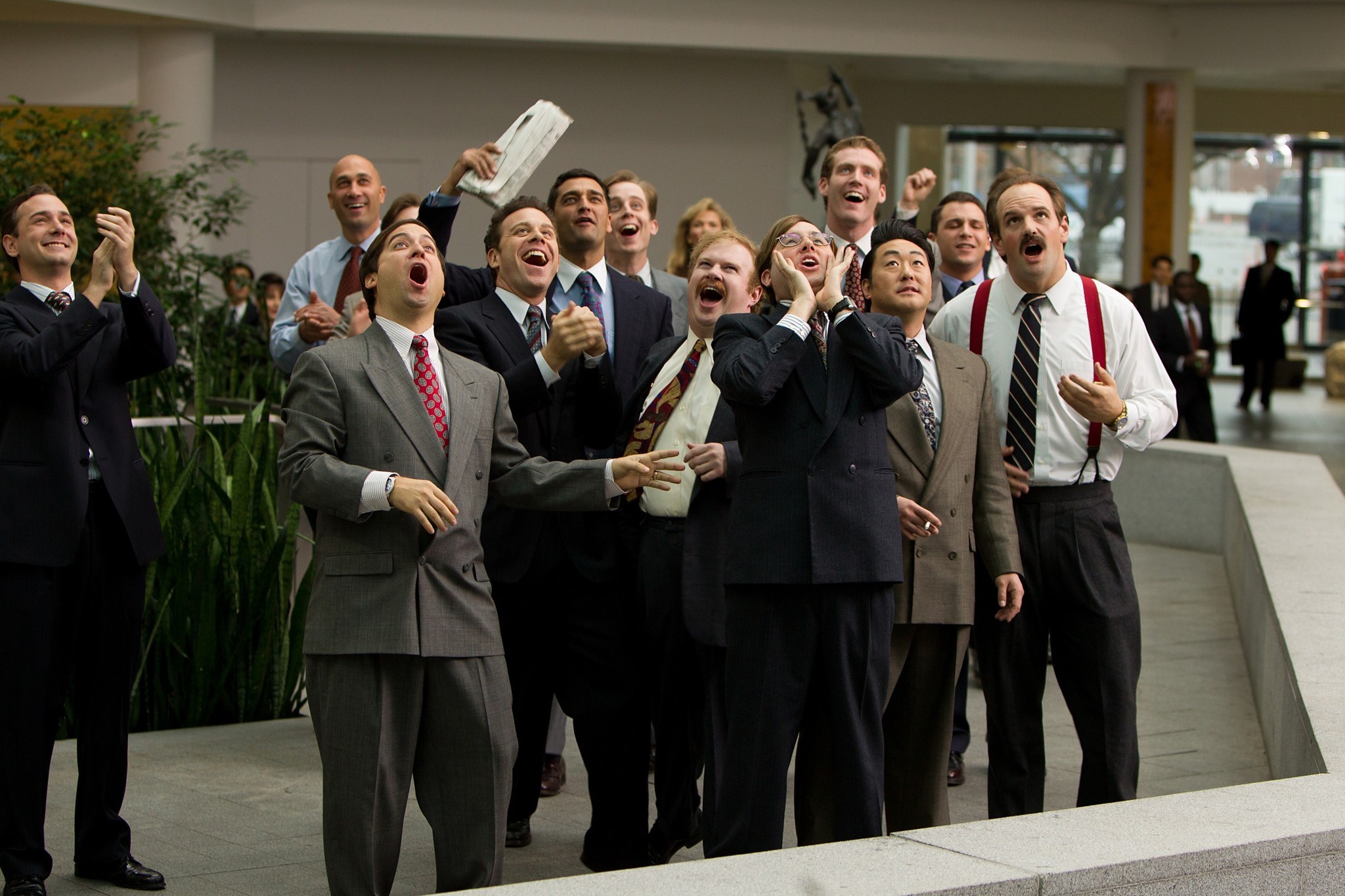 One response to “The Wolf of Wall Street.”