When I was thirteen years old a craze took over my school. In a matter of weeks the most popular accessory to be wearing was a ‘Livestrong’ band. Every other person at my school had a bright yellow band around one of their wrists. For my generation, this is remembered as more of a trend than anything else but it was of course part of a powerful campaign to raise money for, and awareness of, cancer. Lance Armstrong, having recovered from testicular cancer by 1997, returned to cycling in 1998. For decades he has stood as an inspiration to not only cyclists but to cancer patients. His return to the sport and his seven victories in the Tour de France made him not only an inspiring athlete and cancer survivor but a celebrity. It is now known that Armstrong was using performance enhancing substances and techniques during all of his seven victories and for most of his career. In January 2013 Armstrong finally admitted to his years of doping in an interview with Oprah Winfrey. Armstrong’s betrayal and deceit consists of many layers, as Alex Gibney’s documentary, The Armstrong Lie, discusses.

Gibney set out in 2009 to make a very different kind of film. His film was originally documenting Armstrong’s return to cycling. The Armstrong Lie tells us this and explains how the film was practically finished when the truth about Armstrong’s fraudulence was finally revealed. Having been lied to for three years, Gibney suddenly faced a dilemma. He returns to Armstrong for one interview, demanding an explanation. I say demanding, but Gibney’s betrayal is never really acknowledged and his anger never expressed. Armstrong only gave Gibney one interview and so the film remains in two distinct parts. The Armstrong Lie is a little disjointed, mainly due to the change in intention and drastic re-editing that the film must have gone through. We can hardly blame the film maker for this as he stands as a perfect example of just some of the pain and destruction caused by Armstrong. The film documents the cyclist’s career and addresses the doping allegations that he faced for over fifteen years. Many of Armstrong’s former friends, team mates and colleagues are interviewed, some of whose anger is still very present and visible. 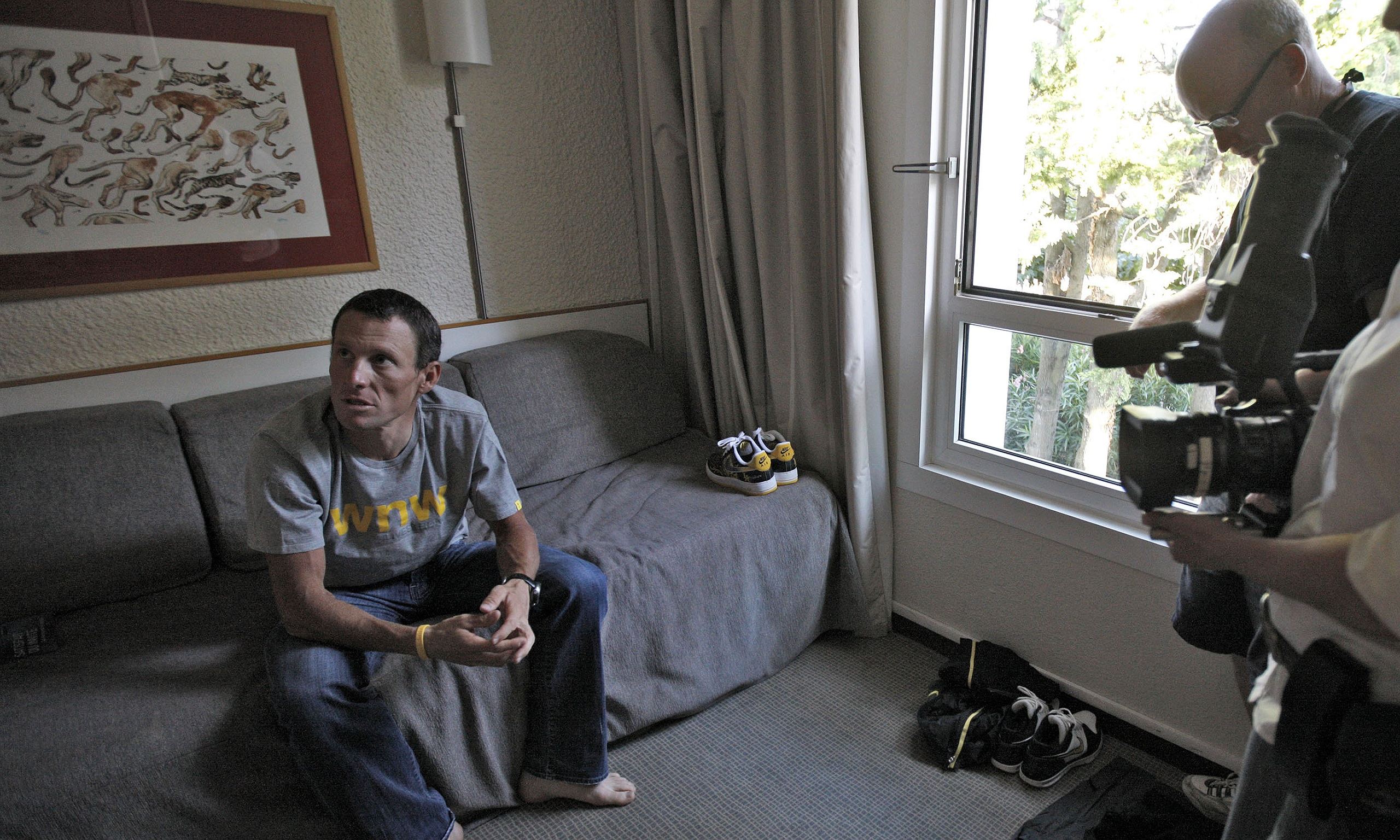 At two hours, the film is too long and there is no getting past this fact. Armstrong comes across as a bully and a smug one at that. His arrogance is astonishing and his determination to crush any opposition in any walk of life, be it on the race track or in the courtrooms, is apparent. The most hideous of Armstrong’s crimes is his mistreatment of those who tried to speak the truth. Destroying the careers of ex-friends to cover his secrets seems more criminal than the drug taking itself. The Armstrong Lie paints an interesting portrait of Armstrong. He is a defeated monster who now has no choice but to limp back to his cave and lick his wounds. The film also proves just how easy it was to be drawn into his world as a fan and friend. The Armstrong Lie has many problems but considering the struggle faced by Gibney to create anything at all after the truth was revealed it is impressive that it has made it to cinemas in any form. The Armstrong Lie seems a little confused and far too drawn out. Still, it is proof of the destruction caused by Armstrong and his ability to manipulate and fool those around him for so long. When you consider this, it seems pointless to discuss this film on any sort of technical level.