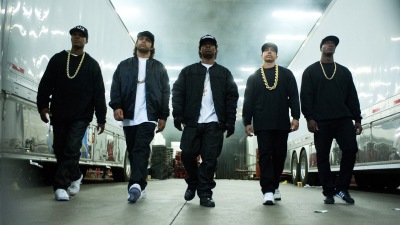 In the late 80s and early 90s, rap group N.W.A. were busy changing the hip-hop landscape. The Californian group brought truth and reality to their work which unsettled many due to what was perceived as the glorification of violence, drugs, promiscuity and gang culture. Straight Outta Compton is their Ray, their Bird, their Walk the Line. The film follows the rise, fall and fall outs of the group whilst simultaneously documenting the social and racial outrage of the time – including the L.A. riots of 1992. Straight Outta Compton celebrates the band’s ability to reflect the world they saw around them in their lyrics. Dr. Dre, Ice-Cube and the other band members’ younger years are captured here in this biopic which suffers from the usual problems found in this genre but does what it says on the tin and is bound to amuse, captivate and satisfy its target audience. The film arrogantly allows itself to be just short of 150 minutes long but is surprisingly well-paced despite its deeply unnecessary running time. The film’s casting includes Ice Cube’s own son as well as an array of other actors who prove dead ringers to their real life counterparts. The performances are inconsistent, varying in their degrees of success and sincerity. The whole thing feels like a pat on the back to the executive producers who also happen to be ex-band members and suffers from what I couldn’t help but see as artificial characterisation that we witnessed in the likes of Dreamgirls and Walk the Line. This is certainly an interesting story of ego and angst within a misogynistic, testosterone fuelled world that falls against an electrifying backdrop of an L.A. gripped equally by poverty, concrete, chrome and crystal. 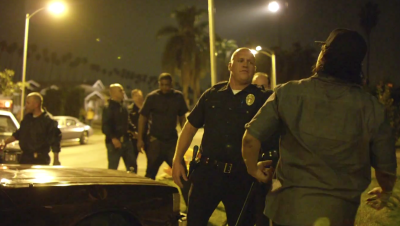 Straight Outta Compton paints a raw image of what life was like for these ‘boys in the hood’ both before and after they found their stage and their success. The film’s in its element when it presents us with the events that fuelled N.W.A’s honest lyrics about law enforcement and racism. It fascinates with its depictions of racism and injustice in America in the late 20th century, making it harder to maintain an interest in the bickering and sulks that arise over the issues of artist contracts and verbal disses in one another’s work. The band’s conflicts begin to feel fickle but the movie maintains an emotional thread that just about stops it from running out of steam. Not a bad film but not a great one, Straight Outta Compton rarely goes where you expect and is greatly improved by its soundtrack, aesthetic and range of characters. Paul Giamatti, who appeared in Love and Mercy earlier this year (by far the better musical biopic of the two) graces the screen here with his usual ferocity and vigour. O’Shea Jackson Jr., Jason Mitchell and Corey Hawkins give satisfactory performance but aren’t good enough to distract from other disastrous depictions which include that of R. Marcos Taylor. I can’t recommend Straight Outta Compton but by no means can I discourage against it. If nothing else, this is a timely racial commentary on 90s America but- much like Diana Ross with Dreamgirls – you can’t help but feel the eyes of Dr. Dre and Ice Cube flying over every line of dialogue and every scene until satisfied with their personal portrayals. 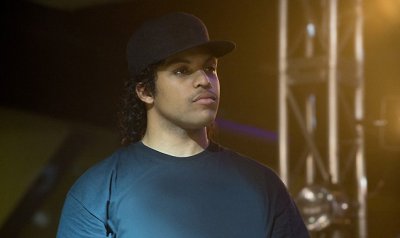 Thanks for reading and let’s keep supporting our beloved film industry.