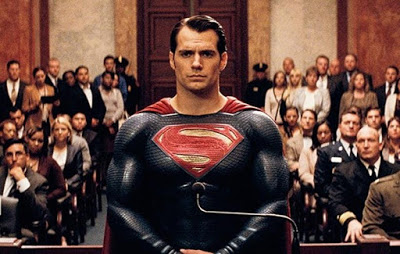 Despite both the commercial and fan-boy hype surrounding it, it’s hard to believe that anybody’s expectations were honestly higher than ‘low’ when walking into Batman v Superman: Dawn of Justice. Following on from the desperately underwhelming Man of Steel, there was always initial concern that the second instalment from Zack Snyder would be as muddled, messy and sulky. These initial worries were only heightened when teasers and trailers began to crop up (in what would prove to be a painfully drawn out marketing campaign) that seemed to confirm that any pre-empted anxiety about the movie was justified. Christopher Nolan is nowhere to be seen, having distanced himself very quickly from the franchise following the failure of Man of Steel but don’t worry. his good friend Hans Zimmer is still around, bashing you over the heard with his far from unsubtle score for the full 151 minutes. Humanity (White-America) finds itself in a controversial relationship with Superman who both comforts and terrifies with his God-like power and strength which could save or destroy mankind in a second. Meanwhile, Gotham-boy Bruce Wayne’s own dislike of the ‘caped and quiffed’ alien presence is falsely encouraged by Lex Luthor who is trying to weaponise Kryptonite amongst many other things. The film’s completely disorientating first 90 minutes builds to Bat and God coming face to face and fist to fist before a very irritating final hour. Horrible CGI, dense, confusing plots and insidious character work from Jesse Eisenberg, Batman v Superman: Dawn of Justice is a cinematic atrocity which patronises its audience with over explanation and simultaneously isolates them with fan-specific references and cameos.

I don’t have a problem with Snyder making films for fans, as he did with Watchmen, but his latest is torn apart by trying to please both fans and the mainstream; ultimately disappointing both. Poor Henry Cavill has nothing to do. Along with Amy Adams who has been desperately undervalued by the franchise, both Superman and Lois Lane mope around trying to make themselves useful but are given next to nothing to work with. Ben Affleck is fine as Batman but not enough to save the movie due to the incorporation of Jeremy Irons as his Alfred, whose insulting public comments about gay marriage now always make him an uncomfortable distraction in every movie in which he appears. Gal Gadot as Wonder Woman may just be the film’s highlight but she’s equally under appreciated and the objectification of her character left a terribly sour taste in my mouth. Jesse Eisenberg is outstandingly awful as Lex Luthor, giving a performance that stretches far beyond annoying into new depths of staggering irritation. Batman v Superman: Dawn of Justice is a shambles; ashamed and probably very aware of its wrongdoing, it covers itself in a blanket of soulless CGI and denial. Further proof that trailers are destroying the power of the blockbuster, Batman v Superman: Dawn of Justice is the lethal combination of dumb and dull that’s come to be expected from DC adaptations. This mindless movie is merely further embarrassing evidence that they’re playing a very rushed game of catch up with Marvel Studios and permanently damaging their reputation, products and projects in the process. 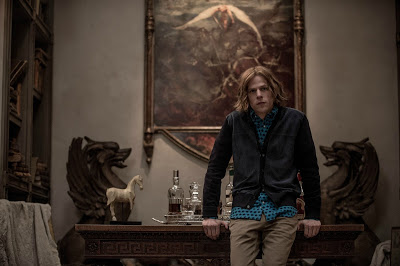