Adult Life Skills was not the film I expected it to be. Approaching her 30th Birthday, Anna isn’t coping. She resides in her mother’s garden shed surrounded by the memories of her childhood and adolescence. She spends her time making videos starring her own thumbs, refusing to acknowledge that her life has come to a stand still. Adult Life Skills advertised itself as a quirky indie flick – the type that tends to grate. Delightfully, it’s a movie with more depth than it originally let on. A witty and touching script delivered by brash and intense performances keeps Adult Life Skills balanced and brilliant. A moving meditation on the experience of great loss and relentless grief, Rachel Tunnard’s directorial debut is a multi-layered story of one woman’s efforts to cope with the death of her brother. Adult Life Skills is cut from the same cloth as more irritating films such as Me and Earl and the Dying Girl in its treatment of death; luckily it’s richer in emotion, rhythm and character. The film’s title is spoken by Anna’s friend and secret admirer who, when witnessing  her old Brownie badges, observes that such items of recognition should be in place for adult achievements such as sending back dishes in restaurants. Similar observational honesty is speckled throughout the rest of the film, creating an all-round charming and cheeky experience.

For a film full of tragedy, there is an abundance of hilarity to be found. Alice Lowe gives a particularly wonderful performance – as she always does – proving herself to be a real contemporary gem of British cinema. Lowe is always pleasing company and remains as hilarious as she was in her early TV comedy appearances in the likes of Gareth Marenghi’s Darkplace. Jodie Whittaker, probably best known for her emotional role as a grieving mother in popular TV drama Broadchurch, is quite exceptional here. Her character Anna sleeps at the bottom of the garden on a dilapidated sofa bed with mountains of nostalgia around her. Cassette tapes, paper mâché creations and inventive, artistic projects fill Anna’s shed; a charming reminder of my own childhood and the many adventures with my beloved younger brothers. There is great attention to detail in Adult Life Skills and I was soothed by the textures and materials, particularly in Anna’s shed – her place of equal comfort and captivity. Plagued by memories and visions of her dead twin, Anna tries to distract herself whilst remaining in denial, exasperating her mother and straining relationships around her. Adult Life Skills is far more than just another British independent comedy – in fact it shares a great deal with Lenny Abrahamson’s Frank which also took me aback with its vulnerability of character and study of mental health. Go and see Adult Life Skills – you’ll have a good time but it is also vital to support movies like this. 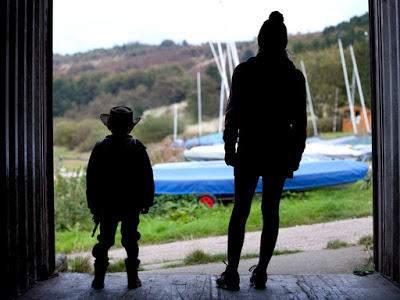