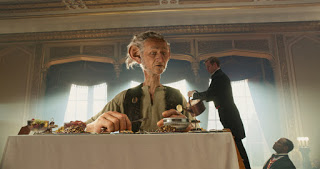 To celebrate Roald Dahl’s 100th birthday, cinemas, organisations and arts venues up and down the country are celebrating with the Film Hub Wales initiative ‘Roald Dahl on Film’. Nostalgic screenings of childhood favourites such as Matilda, Willy Wonka and the Chocolate Factory and James and the Giant Peach are just some of the movies being screened throughout the country to audiences, old and new. There was no better time for Steven Spielberg to swoop in with his latest adaptation of a childhood classic, The BFG. Brian animated TV movie from 1989 was a firm favourite during my childhood so I went into Spielberg’s re-envisioning with slight reservations (breaking the golden rule of film criticism, I know). Yet, as the simplistic and retro film title appeared on the screen, I felt instantly safe in the auteurs hands – after all, if not Spielberg, then who? The master has succeeded in creating a dazzling dream filled world along with occasional scenes of London, frozen in a past life. The CGI is of the highest calibre resulting in a title character we instantly recognise as the superb Mark Rylance. The BFG is far from perfect with a few elements I struggled to accept. When live action and digital animation come together the illusion is somewhat shattered and Spielberg, who luckily avoids sliding into the uncanny valley, as he did with The Adventures of Tin Tin, risks losing his audience’s full attention as the two mediums struggle to blend. 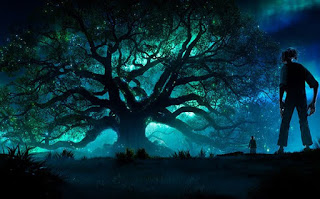 Mark Rylance’s performance as our big friendly protagonist is utterly charming, a portrayal that I could see Dahl being pleased with. As the lonely outsider who befriends a young orphan, he is stubborn, yet vulnerable and gentle. Twelve year-old Ruby Barnhill burst onto the scene as leading lady Sophie. She is talented and confident but it all felt a little too “theatre school” to me – no reflection of Barnhill’s ability but something that I found a little distracting and irritating. Penelope Wilton is a charming Queen Elizabeth II but Rafe Spall’s unnecessary presence and Irish accent are annoying and bewildering. Although I was won over by the aesthetic world Spielberg has conjured up, I was disappointed by the film’s choice to ignore the story’s darker content. It is nice to have a PG rated movie that seems suitable for almost all ages but The BFG ultimately lacks any real narrative threat. The villainous man-eating giants are shown in a jokey light and Sophie never feels truly in danger – something that leads the film to a slightly anti-climatic close.  All in all I was pleasantly surprised by the whimsy and wonderment contained in the onscreen pages of Spielberg’s version of a Dahl classic. Despite several problematic areas, it remains a charismatic celebration of one of our greatest children’s authors and all the magic and madness he brought us. 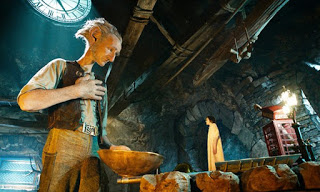 One thought on “The BFG.”