This year’s worst selection come mainly from the art house scene with only a few mainstream features making an appearance. As usual my list is a mixture of the technically flawed and those that personally offended, outraged or irritated. Some commit the sin of dullness, others are awkwardly amateur, others deeply disappoint. Some may come as no surprise whilst others may shock and confuse as to why they’re on my list. Atop the pile is Kevin Smith’s Yoga Hosers – the latest in his True North Trilogy. Kevin Smith self-stars as a Nazi bratwurst and Johnny Depp as who knows what. Both their daughters feature as the film’s consistently unimpressed protagonists. Outside of Clerks and Chasing Amy I see little to admire in Smith’s back catalogue. Yoga Hosers, justified by all involved as a home movie of sorts, contradicts itself by forcing its way onto public screens – causing a pained experience for any victim exposed to it. The Neon Demon infuriated me more than any other this year – egotistical, self indulgent and an all in all a hot mess. Miles Ahead, Don Cheadle’s deeply flawed labour of love, failed to pay a fitting tribute to the jazz genius at its centre. Batman v Superman summarised Hollywood’s deep-rooted franchise and sequel issue just as Donald Trump did the deep-rooted issues at the heart of his country. 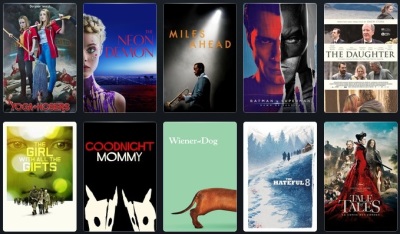 There are other films in my list that I was genuinely rooting for. The Daughter and The Girl with all the Gifts were both cringe-worthily amateur and muddled, whereas Good Night Mommy proved to be much less intelligent than it believed itself to be. Todd Solondz’s Wiener-Dog – a film I had been desperate to see for almost a year – proved the most anti-climatic of the year, lacking all the creative spice and radicalism of both Happiness and Welcome to the Dollhouse. Tarantino returned with an equally arrogant, and poorly edited project as the last and Tale of Tales quickly descended into chaotic nonsense despite its opening beauty and promise. It’s quite something when you look down your list of the year’s cinematic garbage and notice that Batman v Superman: Dawn of Justice only came in fourth. Still, it’s not every year that you get to use the word ‘wiener’ (spelling differences taken into account) in both your Best and Worst lists. Every cloud… 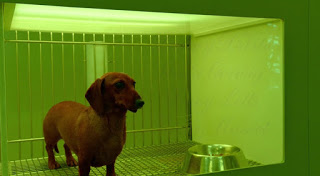