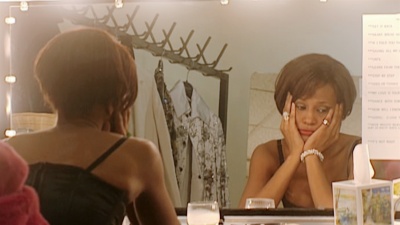 Whitney Houston has been a powerful presence in my life since I was about ten years old. I came to love her music through singing lessons during high school. Although my love of her music has grown into something of a guilty pleasure, my adoration for her talent has remained consistent. Nick Broomfield, turns his focus to her vast success and tragic demise in his latest documentary, Whitney: Can I Be Me. Broomfield is no stranger to documenting the rise and fall of musicians, see Biggie & Tupac or Kurt & Courtney for reference. Here Whitney is his focus – although with her turbulent and intoxicating marriage at the film’s centre, it’s surprising Bobby Brown didn’t make it into the title. Broomfield intertwines intimate archive footage with talking heads and well-known media clips to create a sympathetic but somewhat invasive portrait of a young girl, plucked from the streets of Newark and shot to stardom where she finds success but simultaneously battles fame, addiction and personal sorrow. The film opens with, and keeps returning to, footage from Whitney’s 1999 world tour – often considered her final successful professional outing. In these segments, we see the astonishing physical performance that would go into each show and the remarkable voice that Houston would go on to abuse and neglect. The film’s title refers to the star’s desire to be herself despite being trapped in a corporate world where she was moulded and shaped into an artificial pop princess. What Broomfield does especially well is demonstrate the yearning for acceptance that plagued Whitney from her early years.

This frames Whitney as a self-conscious young girl for the remainder of her story, from her long, complex relationship with a close female companion, to her fast flight to fame and through her troubled, addictive marriage and into turbulent motherhood. Broomfield unpicks the emotional connection between man and wife and looks at how love and addiction come together catastrophically when the love is as addictive as the drugs and alcohol that fuel it. At times Broomfield spends too long blaming or victimising Whitney where he could have focused more on getting inside her head and seeing how the cogs turned. He picks up on some interesting lines of enquiry, such as her unusual relationship with her father, but fails to dissect them thoroughly enough. There are vast amounts of performance footage which helps to remind us constantly of Houston’s irreplaceable vocal ability and creates a playful juxtaposition with the more intimate and painful footage of her many personal struggles. I can’t help but feel that Broomfield has only just scratched the surface, and I remain unconvinced that his intentions were respectful enough to separate this from other sensationalist late night TV specials on the same subject. However, what Broomfield does is display the raw talent and professional skills that make Houston’s death even more devastating. He also briefly turns attention to the awful death of Houston’s daughter which adds a second layer of sorrow to Whitney: Can I Be Me. 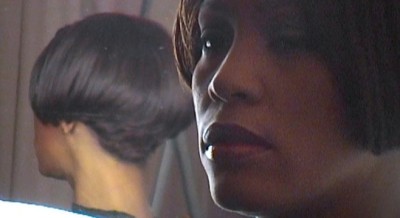