Based on the 2008 novel, Mudbound is as close to literary as a film can get. A selection of characters tie the film together with their individual voice-over narration, dividing the film into natural chapters. Director Dee Rees’s second feature film is a stunning, harrowing tale of life in Mississippi for two men, following their return from service in World War Two. Both men face challenges upon their return, suddenly surrounded by family and acres of deprived farm land. One man in running from the demons of war whilst another pines for the love he left behind. An immediate friendship ignites between the two men who can relate to one another’s experiences and struggles. Jamie is white, returning to his brother’s farm – now turning to the bottle to keep both his PTSD and his feelings for his sister-in-law at bay. Ronsel is black and, after several years serving as a respected sergeant, he returns to a life filled with prejudice and danger, longing to return to a continent who welcomed him with open arms. Now, he’s asked to use the back entrance to shops and battles with his father who encourages him to step away from fights – something that now feels unnatural to him. Both men return to the same place, same farm but very different lives – each a result of a broken, racially-divided, America. Rees expertly guides a handful of astounding actors, all framed by the breathtaking cinematography of Rachel Morrison. With predictions that it could be the first Academy Award nominee for Netflix, the film has had a limited cinema release as well as being available on the popular subscription platform. If you’re lucky enough to see it on the big screen, please ensure you do – I wasn’t as lucky. Despite the limits of the screen size, the film’s bold characterisations, raw misery and vulnerable performances maintain a sense of the cinematic. 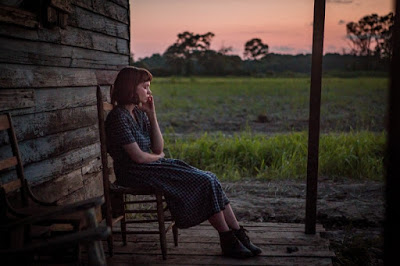 Women are the heart of Mudbound, almost always suffering from the horrors and errors of men. Mary J. Blige is best known for her career in music but is certainly no stranger to acting. She turns in a performance filled with love and conviction as a compassionate wife. Carey Mulligan’s role is that of a frustrated wife but both women are devoted mothers. Once again race vastly impacts on their experiences and their children’s. Mulligan brings the same impactful quietness that she demonstrated in Never Let Me Go, her character’s sorrow always shown in her eyes. Jason Mitchell, who sprung to stardom in Straight Outta Compton, demonstrates the same raw emotion and fire he brought to the role of gangster rapper Eazy-E but also shows us just how refined an actor he is in Mudbound. Meanwhile Jonathan Banks replaces his usual ‘gruff and gentle’ for the most volatile and monstrous of bullies – consumed by bitterness, racism and venom. Mudbound is a film about a very specific time in American history which I’d personally never previously considered. The importance of race to the characters and their outcomes is pivotal – making Mudbound a historic but painfully relevant film which resonates far too much with the current, deeply concerning landscape of America. 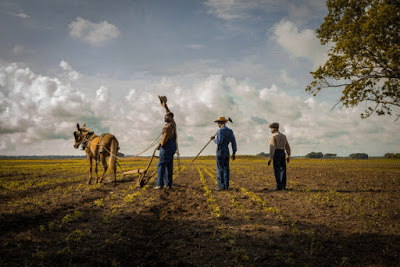