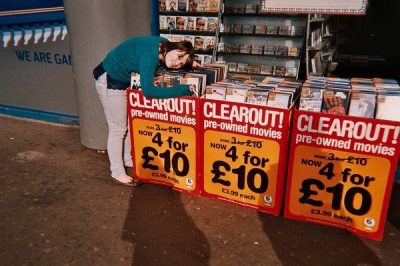 You can learn a lot about a person by snooping through their DVD collection. Whether it’s uncovering a shameful love of Steven Seagal movies or an unrealised obsession with Buster Keaton, beware, for one’s film collection can be the basis for a judgement of overall character. Personally, being a cinephile always went hand in hand with being a collector. Loving movies meant not just sitting alone in the refuge of a dark room escaping into the stories on the big screen. Equally, it was defined by rifling through bargain bins at one’s local, and now non-existent, rental shops. The death of such shops was inevitable as soon as legal, domestic streaming and downloading became a reality. The physical rental model no longer made financial sense for consumers. In its place came lower-priced DVD stores and second hand merchants, dealing in grubby copies at rock bottom prices. Why rent a film for a week when, for the same price, you could keep it forever? The role of ownership remains greatly important to me as a film fan girl; knowing that on my shelf I have my own version of the enrapturing films I’ve discovered in both over-priced multiplexes and romantic, independent art-houses. Netflix, Amazon and others now offer us an abundance of content for a humble monthly fee. Such abundance was never previously an option, except in several very specific spaces. These places have now become deeply sentimental to me; a cave of wonders where I could gorge myself on global cinema with no limits on just how much I could ingest. Such places include both my college and local libraries. In a dusty corner stood a squeaky display rack, filled with a rich variety of films, all waiting to be taken home and discovered all over again by somebody new. 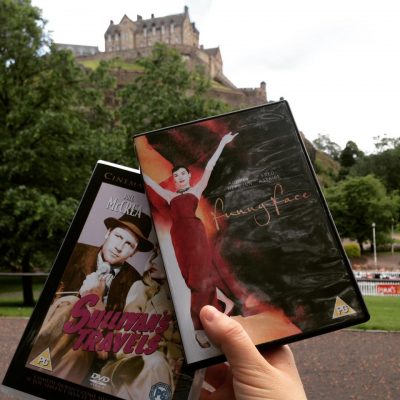 In my late teens, already obsessed with both photography and theatre as artistic mediums, I experienced a Ken Loach film for the first time and suddenly the two worlds I loved so deeply collided. I was instantly obsessed. Making up for lost time, I rapidly educated myself on cinema history and geography. Books occasionally helped with this but for the majority of this education I simply binged on cinema. Leaving college every day with a bag stuffed to the brim with borrowed films – from Pedro Almodóvar’s Women on the Verge of a Nervous Breakdown to Lynne Ramsay’s Ratcatcher, there was no limit to the variety of content I was devouring. It can be argued that such an appetite can easily be satisfied by online streaming services today, and yet there is nothing that quite lives up to the pure cinephile high of clutching a physical copy of a film close to you, desperate to connect with it. Although films themselves can be experienced via subscription services, there remains no replacement for that physical connection with an otherwise unobtainable medium. After leaving education, I had to get my fix elsewhere. Walking into pre-loved chain stores such as CEX is like a drug-ridden den for film addicts. It’s an unpleasant environment with the stale stench of pre-used property thick in the air. The gruelling environment simply makes the hunt more  rewarding. With films often priced between fifty pence to three pounds, I often found myself taking more chances and sometimes coming across a really thrilling discovery (I can still recall the ecstasy of finding a steel-box edition of Night of the Living Dead for a price that felt like daylight robbery). Owning a solid movie collection can also make you a matriarch or patriarch of entertainment, whether it’s with family or friends. You find yourself running your own library where loved ones are welcome to peruse, seek advice and take away. As collector, exhibitor and curator, you will – in your own intimate way – be carefully putting together bespoke programmes for those around you. 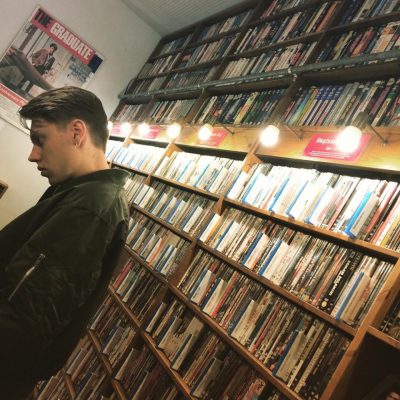 In my family, physical copies were vital for our intense family film night tournaments; where films would face off, gradually narrowed down to one film to rule them all. For us, the battle was as much a part of the evening’s entertainment as the film itself. Then there’s the pride taken in the organisation of a film collection. Your collection is unique, rather than just another Netflix account. The films you own are bespoke; as is the way you order them. Whether it’s alphabetical, by genre or by director – a film collection and the way you present it is a very personal and complex thing. It’s a map of the cinematic journeys you’ve had and the adventures you’ve been on. Compared to the flea markets that are on demand services, ones DVD collection could be lean and to the point, not weighed down by excess baggage, content you’ll never even engage with.Recently moving house meant I had to contemplate whether or not to cave to the pressure of transferring to the digital world. It’s been a recent grievance for me to no longer be able to gift movies to certain people in my life, as they no longer own DVD players. I’m aware it’s somewhat cliche to moan about advances in technology. I can recognise and greatly appreciate the convenience and benefits of streaming subscriptions, I myself regularly binging in this new-age way. Yet I’ll continue to mourn the fact that I can no longer ‘gift’ cinema in this literal, physical way. My physical film collection has now diminished; the fat has been trimmed, leaving behind a more concise, condensed collection that still brings me so much joy. Times they are a changing and perhaps it’s for the best, environmentally, economically and culturally, (if it manages to combat piracy in anyway), that I let go of the old and embrace change. Still, I can’t help but view physical films through rose-tinted glasses. Film collections, however out-dated, still make me digress to the film-hungry teenager I once was, raiding libraries for Mike Leigh collections, desperate for my next fix. 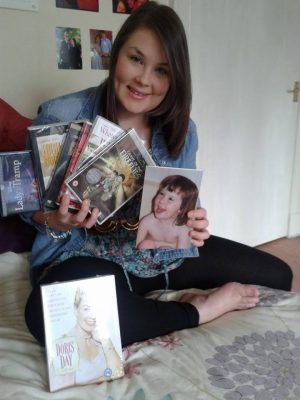 One thought on “Physical Film Collections, A Love Letter.”