After a splendid few days at The National Media Museum, my time at Bradford’s 19th International Film Festival drew to a close. Having already reviewed several of the events and screenings I attended, my reflections on the festival have already begun. With so much going on at the festival it is tough to identify my five favourite parts of the festival. However, without further ado, here are my top five moments at BIFF 2013:

This intelligent and surprisingly moving film turned out to be something of a hidden gem at the festival. The screening was made even more enjoyable by members of the cast and crew being present to introduce the film and answer audience questions. In this story it is the heart of the characters that controls the simple narrative and causes you to care about their outcome.
4. The Ghost that Never Returns, Abram Room (1929)

There was a joyful spirit filling the auditorium as the film concluded. I left my seat with an overwhelming appreciation for silent cinema. This tale of family, struggle and loss is heart-warming and captivating. A simple story is directed with precision and accuracy. The Dodge Brothers accompaniment, with Neil Brand, complimented the screening and made it an all round entertaining experience.
3. The Best of BUG: Adam Buxton

Buxton’s ‘BUG’ turned out to be as hilarious to watch live as it was on television. Buxton himself was witty and enthusiastic with his set being satisfyingly longer than expected. As well as indulging in his hilarious analysis of internet comments, Buxton also provided some fascinating insights into certain artists and music-video directors.
2. Me Too, Aleksey Balabanov (2012)

This is the film that introduced me to Balabanov and sparked off my interest in his work. The dry wit and spiritual undertones of Me Too has left me with a great fascination with the director and an enthusiasm to explore even more of his work. Me Too is an intelligent piece of cinema that translates perfectly to a foreign audience.
1. Elvis: That’s The Way it Is, Denis Sanders (1970)

Without a doubt the most unexpected triumph of the festival, for me, was this dazzling documentary. It gives us an honest and bold image of Elvis as a performer and a star and demonstrates his passion for his craft and the music he was creating and performing. The introduction given by The Dodge Brothers set the tone of the screening and provided us with some background information. The film was pure musical/cinematic entertainment and a celebration of one man and the legacy he created. I was blown away by the film and have found a new appreciation of ‘The King’, thank you ever so much.

The festival had a lot more to offer other than film screenings and festival events. I thoroughly enjoyed both exhibitions that the Museum was holding whilst I was there. The photography of Tom Wood along with a historical collection of Bollywood film posters provided a relaxing and interesting distraction between screenings. The end of festival party was also a great event with an electric atmosphere. Not only is Bradford host to this diverse and fascinating festival but it is complimented by its location at the National Media Museum which hosts its own activities, screenings, exhibitions and events during the festival as well as throughout the year. The festival and the museum collaborated perfectly and successful created a fantastic atmosphere and environment for BIFF. 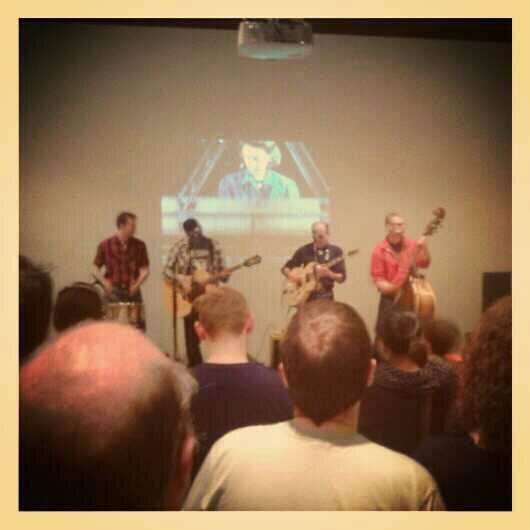