Today I got round to organising the mountain of films that dominate my bedroom shelves. Sorting out my DVD collection turned out to be as enjoyable as it was frustrating. The mammoth task, that was filtering and reordering my films, has lead to me contemplating about how it is that we present our passion for film. Many people would sort films alphabetically; a simplistic and unbiased way of displaying a collection without displaying any favoritism or direct focus. Alphabetising is certainly not for me. Personally, there is something indulgent about taking the time to separate my films into different piles with countless meanings. Another way you may choose to categorise your films is by genre. This was my initial intention but I soon struggled with the restraints this created.

Ten minutes in, I discovered I was uncomfortable with the lack of visible devotion to particular film makers. After ensuring that I had a horror, musical and comedy section I found myself left with a heap of gangster movies. Scorsese dominated this pile, just as Woody Allen consumed my comedy section. It was decided, both directors would have their own sections. Creating an animation section meant I had Chico & Rita sat next to Who Framed Roger Rabbit?; and so the contradictions continued. Another predicament arose when I was faced with films that fell into several genres. I could continue to list the pickles I found myself in but I will spare you the time. Here are the final sections that my DVDs ended up in:

– Comedy (e.g. This is Spinal Tap, High Anxiety, Some Like it Hot)

– Martin Scorsese (e.g. The King of Comedy, After Hours) 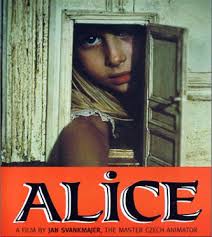 I apologise if I seem to be rambling on about nothing but there is one point I would like to highlight. Sorting out my films was not a productive task, but an indulgent one. My love and appreciation for cinema is at its strongest when I waste a few hours simply reminding myself of the films, film-makers, studios, styles and genres that I love. Am I alone in my obsession with owning cinema, physically? With more and more people illegally watching, purchasing, downloading and streaming cinema, are less of us taking the time to create a personal collection outside of the computer hard-drive. Any thoughts? Personally, I will be re-organising my DVDs again in several months; not because they need to be but because I want to and I love to. Let’s take pride in our emotional and financial investments in movies.