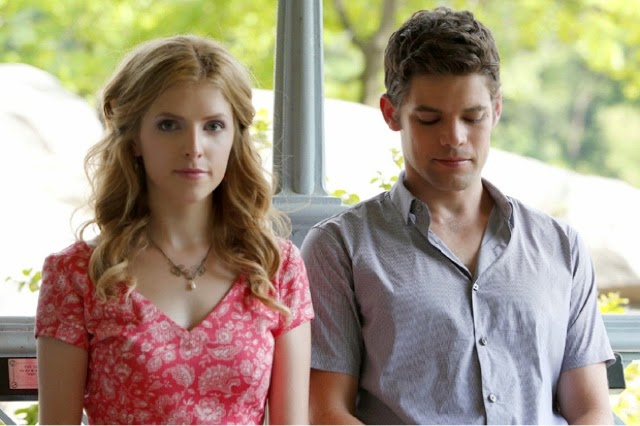 Opening with the end of a romance, The Last Five Years spends its time travelling back through the relationship we now know to be over. Nothing is chronological as we spring from raunchy Summer dates to proposals to domestic spats. Don’t expect The Last Five Years to deliver any type of profound commentary on relationships and human intimacy; it explores connection and infatuation sufficiently enough and, if anything, highlights just how undefinable individual relationships are. Exploring a flame that ignites, fizzles and fades over half a decade, Richard LaGravenese’s musical tragedy, based on the off-Broadway hit, has heart and integrity. Almost every word is sung in this marmite-muddle which dares to put the musical genre through an unlikely transformation. Jamie and Cathy are obsessed with each other – they support one another and believe in each other’s talent and potential. We witness Jamie’s writing career take off whilst Cathy’s determination to make it as an actress leads her to many a humiliating audition and countless painful Summer’s spent with a touring theatre company. Whilst Cathy’s dignity takes a good pounding – tensions grow between the lovers.

The Last Five Years demonstrates how sometimes life destroys love. When it comes to being a successful individual, sacrifices have to be made. Here, we witness Jamie and Cathy morph and twist into different people in different places. The Last Five Years is about commitment, betrayal and addiction – it’s about finding not only one’s other half but one’s whole self. Anna Kendrick is pretty terrific in a more blunt and honest role than usual. She’s fragile, fiery and fearless and brings out the best in Jeremy Jordan’s counterpart performance. When she’s not on screen the film grows a little tiresome. Most of the songs are unexpectedly endearing. The lyrics are witty, quick and quirky which matches the characters’ unpredictability. The film’s non-linear structure keeps you engaged and gives the film the sense or originality it needs to make it memorable. If you don’t like Moulin Rouge or Singin’ in the Rain you certainly won’t like The Last Five Years – if you hate musicals then this is your worst nightmare. For many others, this will be a brief but beautiful way to spend 90 minutes. The Last Five Years reminds us, however controversially, that love is not always easy, seldom controllable and never rational.
Thanks for reading and let’s all keep supporting our beloved film industry.