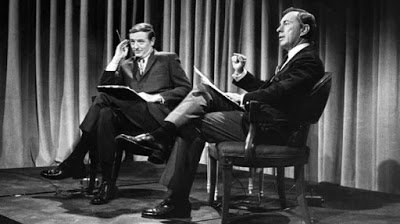 On several occasions in 1968, two profound intellectuals came together to debate and discuss the social and political issues of the time. Televised nationally, these ferocious encounters quickly became explosive verbal battles. In one corner, Gore Vidal – prolific American writer who associated with left-wing politics and broke down sexual taboos in his controversial but hugely successful novels. Strapping on the gloves across from him was the conservative public figure and commentator, William F Buckley Jr. Both men’s vast differences stretched past just the political but all disputes seemed to stem from their deep-rooted political disagreements. The men met numerous times in front of the nation, providing furious small-screen theatre for all watching. Best of Enemies comes from directors Robert Gordon and Morgan Neville who attempt to explore the backgrounds of both men, unpicking their hatred towards one another and eventually exploring the consequences of the words they threw across the table. Talking-heads, photographs, archive interviews following the debates and tapes of the heated encounters themselves make up this fascinating study of a complex dislike, witnessed on a national level. In its closing moments Best of Enemies expands into a more timely commentary on how we digest political news and discussion through contemporary media platforms and biased television stations. Documenting rivalry in a humorous but heartfelt way, Best of Enemies is about both the beauty and tragedy of having a truly great nemesis. 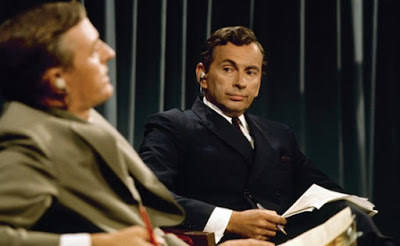 Of course, Best of Enemies is comparable to Frost/Nixon but the use of the documentary genre keeps a crucial separation between the two. It is a delight and no surprise that documentary distribution company Dogwoof are involved. Best of Enemies is a juicy, gossipy movie with facts at its heart. It unsubtly depicts Vidal more favourably but equally gets inside the head and consciousness of William F. Buckley. The archive footage has been put together excellently, creating a really insightful “behind the scenes” type of film which expands on the footage it lets you see through interviews with those closest to both fiery men. In its later moments, Best of Enemies links the disastrous events of 1968 to the questionable way that we now get our news. This film sees the freedom and variety of opinion captured in the Vidal/Buckley debates, despite the nastiness and cruelty that also bloomed there. Best of Enemies acknowledges that America now has an array of news channels whose political opinions determine their audience and highlights the ignorance this fuels. I wish the film-makers had allowed a longer discussion of this interesting subject instead of planting it onto the film’s conclusion like something of an afterthought. Best of Enemies is a film about a series of troubling debates and the rippling effect they’ve had on contemporary political broadcasting but it is ultimately a celebration of debate and a reminder of the importance of difference of opinion and the ignorance that ignoring encourages. 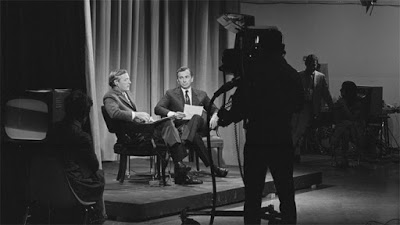