Sarah Gavron’s Suffragette explores the rising tension between the equal rights movement, determined to get women the vote, and the government in the early years of the twentieth century. With peaceful protests having gone ignored for too long, Emmeline Pankhurst encourages her foot soldiers to fight with actions instead of words. Maud Watts has worked in a laundry factory since childhood. A devoted mother, wife and worker, Maud’s interest in the Suffragette movement is sparked when she gets to know Violet, a women she works with who spends her free time smashing windows in the name of “votes for women”. Initially cautious, Maud begins to see the injustice around her – working longer hours than her husband and being paid less. Embracing the movement means sacrificing a whole lot more and, as is so often the case, the working classes have the most to gain and the most to lose. Unless you’ve explored archive footage of suffragettes in silent film you’re likely to picture the suffragettes as cheery middle class optimists like Mrs Banks in Mary Poppins. Thankfully, Suffragette is a film about working class women – what it means to give up your livelihood for a cause and what it was like to live in a society governed by laws you had no say in making. For Maud, her work is her means of survival. Early on in the film she meets other, wealthier suffragettes who seem to have more power and a louder voice and whose husbands don’t exactly support their escapades but at least humour them. I expect Maud’s vote would mean something very different to these women. Suffragette boldly addresses the class battle of the era as well as the gender inequalities. 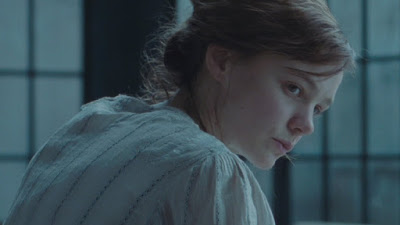 This isn’t quite an award worthy film but Carey Mulligan’s performance certainly is. She’s our most exciting actress currently working and has gone from strength to strength since her television beginnings ten years ago. She grows ever more versatile, making both British and American movies. She allows Maud to develop from a sceptic, to a supporter, to a soldier – all the while remaining fragile. Helena Bonham Carter brings the same conviction she demonstrated in The King’s Speech as an educated chemist who stands somewhere in the middle of the ecological and social ranking of the factory girls and the housewives. Meryl Streep’s appearance is more of a cameo than a role; still, a satisfying contribution none the less. Ben Whishaw is wonderful as a protective and loving husband whose patience is pushed to its limits by his wife’s new found purpose. Suffragette is a conventional, no nonsense kind of movie; straight down the line but charming enough. To address the words of Mrs Banks, we, their daughters’ daughters, do adore these phenomenal women and Suffragette is a fitting tribute to them. Although it’s all a tad twee, it’ll certainly have you wanting to boldly bellow “Well Done, Sister Suffragette” as you leave the auditorium. 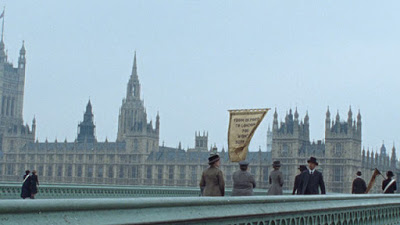