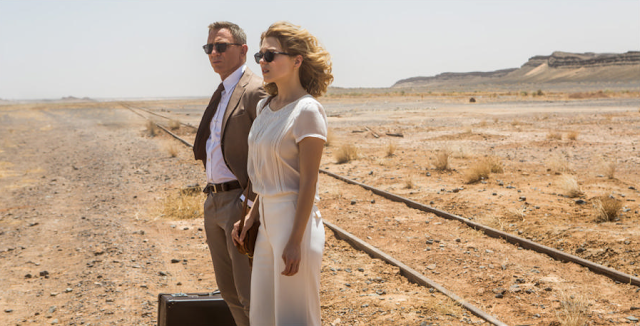 The more I talk about contemporary James Bond movies with friends and family the more I’m convinced that the world is divided into two types of people: those who liked Skyfall and those who didn’t. Plus there’s the sub-group of those who dislike Daniel Craig and don’t watch new Bond movies at all. I found Skyfall to be less of a movie and more of a visual apology. It felt like every Union Jack, every charming shot of London and each reference to the golden years of the franchise were designed and manoeuvred to make us forgive and forget the chaotic failures of Quantum of Solace. I was not a fan of Sam Mendes’ first attempt at Bond or his decision to explore Bond’s childhood and past. The director’s second contribution to the series is better but far from perfect. Spectre is an interesting movie to unpick, a blurry mix of positives and negatives which makes for interesting viewing. Bond, MI6 and the entire double 0 programme is threatened when forced to merge with a new Centre of National Security. Meanwhile, following orders from his deceased mentor and boss, James finds himself on a trail to uncover a sinister organisation. Spectre‘s pre-credits sequence is pleasantly thematic, capturing a striking balance between the old and new. After sitting through the credits, accompanied by one of the dreariest theme songs to date, we join James in M’s office. Formulaic and reminiscent, Bond is soon in Q’s bunker, admiring things and touching what he shouldn’t. Charming and amusing, finally a Daniel Craig movie seems more Bond than Bourne. The action sequences are fun, slick and captivating, more like the choreographed set pieces we loved years before – but with just the right amount of modern style and adrenaline. 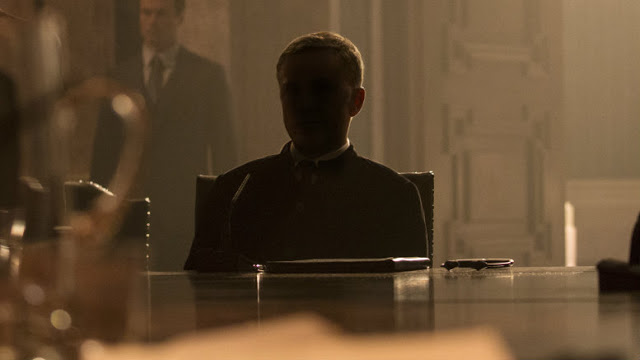 Everyone seems to be enjoying themselves more on this project. Craig is finally given some humour in his dialogue and is, at last, permitted to relax a little. I think Craig gets a hard time as Bond but I do struggle with his lack of suave, as a sulky, thuggish Bond who’s blatantly gone out of fashion since his first outing in Casino Royale. His suit pants are always too tight, capturing “best man at a 2007 wedding” rather than “timeless British gent”. There’s always a slightly unsettling lack of class with Craig which grows more noticeable with each new movie. Craig is a great actor and by no means a terrible Bond but I think his time’s up and the world’s ready for a new and gentler gentleman. He gels well with others on screen, particularly with Naomie Harris and Ben Whishaw. Whishaw is a fantastic Q, subtly capturing the impatience, despair and frustrations we associate with the character whilst also carrying a kindness. Both Naomi Harris and Léa Seydoux’s characters are under-used and under-explored, making Spectre a disappointingly backwards Bond film in terms of female representation. Christoph Waltz is a pretty decent villain but Ralph Fiennes steals the show as M, a valiant character achieved through a fierce performance. Spectre is witty and stylish but lacks a theme with which we can identify. From circus acts to outer space to voodoo – we associate the greats with something that runs through the entire film. Spectre, along with most of Craig’s portfolio, lacks this aesthetic identity. Although the film flows well from set piece to set piece, there’s too much going on which results in an absence of any kind of visual distinction. Depending on which of the two parties you fall into, you’ll either be disappointed or pleasantly satisfied with how Spectre compares to Skyfall. Together Mendes and Craig have proved that, in regards to Craig’s movies, nothing can ever be as good as Casino Royale and nothing can ever be as bad as Quantum of Solace – at least until a new man takes to the tuxedo.

One thought on “Spectre.”