Having grown up in Lancashire, I did what so many others did – I moved away for University. After spending three years in Leeds and another in Edinburgh I returned home to my first graduate job in the arts, back in Preston. Such is the norm that those who’ve grown up in Lancashire feel the need to move out of it, down south, in order to succeed – it’s true of many different paths and sectors and definitely true of the arts. In a time when the South seems to dominate our nation’s movie-making, both on and off screen, now seems like the perfect moment to celebrate a bunch of Lancashire’s greatest contemporary directors. Six directors who remind us of the talent and contributions Lancashire has made to the recent national landscape of cinema… 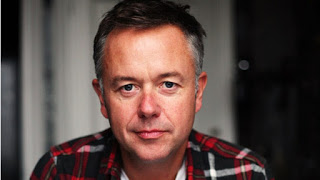 Michael Winterbottom
Born in Blackburn, he began his career in television. His masterpiece, 24 Hour Party People told the story of Tony Wilson, Factory Records and the Manchester music scene of the 70s and 80s. Since this earlier triumph, he’s returned to collaborate with Steve Coogan on multiple projects including The Trip and The Look of Love, the story of Paul Raymond. Only last year he directed the political documentary The Emperor’s New Clothes.

Carol Morley
Morley has been making short films since the 1990s before making her first feature in 2010. Her second film, a documentary entitled, Dreams of a Life brought her much attention. She returned to directing this year with The Falling a chilling drama about hysteria, paranoia and chaos erupting in an all girls school. Morley has incorporated other Northern treasures into her work such as Maxine Peake. Her films demonstrate her unique approach to storytelling through the mythical and the artistic. 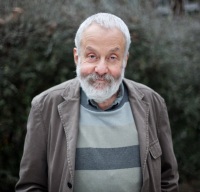 Mike Leigh
Along with Ken Loach, Mike Leigh is one of the reasons I fell in love with British cinema. With his use of realism and his complex and unique style of preparation, which includes improvisation and intense character building, Mike Leigh is a master of bringing out the best work in his actors. He’s been directing for 45 years and continues to produce some of his greatest work today. He triumphed at Cannes 2014 with Mr Turner – proof that this young boy from Salford is one of Britain’s most prolific and consistent directors of all time.

Nick Park
The man behind Wallace and Gromit and many other loveable characters of Aardman Animation, Nick Park is the Prestonian behind claymation masterpieces such as Chicken Run and The Curse of the Were-Rabbit. Shining a new light on British animation back in the 80s, Park continues to represent Lancashire and our love of cheese in his family friendly and deeply witty work. You can often spot Preston North End on the back of Wallace’s morning newspaper…

Elaine Constantine
Constantine began as a photographer, a field she’s been prominent in for years. She’s had exhibitions across the world and her work has appeared in Vogue and Vanity Fair. She turned her hand to film making and produced her debut feature Northern Soul last year. Her first film captures the North of England with elegance and demonstrates her understanding and personal attachment the North. A lot of us are keen to see what she’ll do next.

anny Boyle
Perhaps the most diverse of all the Lancashire men we’re celebrating here, Boyle’s early work remains as iconic and impressionable as ever. After the success of his first two gritty dramas, Shallow Grave and Train Spotting, Boyle has gone on to create diverse and ambition movies about a range of subjects. Having filmed all over the world, the Mancunian director became a national treasure following his overwhelming success as the director of the 2012 Olympic Opening Ceremony. He has also conquered theatre with his National Theatre version of Frankenstein which did remarkably well not only in London but in cinemas all over Britain.

It’s wonderful to see the sheer diversity in these directors’ work. From animation to naturalism to the Queen throwing herself from a helicopter, these director’s demonstrate the character, wit, ambition and drive of Lancashire born artists. Each seem separated by their styles, subject matters and signatures but all share a charisma, humour and a Northern ambitiousness I see on a daily basis in the arts professionals around me. Bravo, Northern film talent – keep on shining. Who have I forgotten? Let me know.

Thank you for reading and let’s keep supporting our beloved film industry.