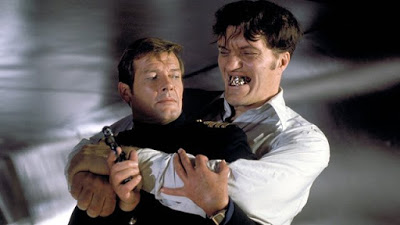 The recent passing of Sir Roger Moore has forced me to reflect on my childhood and the James Bond films that heavily influenced it. Where I was growing up, every Sunday was about three things – church, lunch and James Bond. After a satisfying Sunday roast my brothers and I would slump in front of the television, with a blank VHS tape, ready to record the next Bond film. We had a collection of 10 – 15 Bond movies on tape which we would watch repetitively, with a select few really standing out. There is of course no denying that Connery is the greatest Bond of all time but when it comes to who made the best Bond films, there is no other correct answer besides Roger Moore. Moore’s take on Bond was admittedly more light-hearted, with the suave sophistication and seductive style of Sean replaced by a more tongue-in-cheek approach. Yet, Moore’s films remain the strongest set in the franchise. From Live and Let Die to A View to a Kill, not only did Moore make more Bond films than any other but consistently made the best. My ‘Bond Theory’ revolves around the fact that we all hate the Bond actor that follows on from the one we loved in our childhood – hence the backlash against Moore when he took over from the undoubtedly far sexier Connery. For me I never grew comfortable with Brosnan. I grew up on all that came before and Brosnan was the first Bond whom I had to accept as ‘the new’.

It also explains why so many people within my generation struggled to accept Craig – a strong departure from the slicked-back 1990s heart-throb that Pierce gave us – despite the honest truth that all this era really gave us was one great movie and one great video game. There is no denying that the greatest 007 movie is Live and Let Die – a strong movie with a superb narrative and gallons of style and wit to accompany it. Meanwhile I was equally as fond of the likes of Octopussy and Moonraker as I was with the admittedly more respectable The Spy Who Loved Me or A View to a Kill. The comedic and well-choreographed action sequences have remained fresh in my mind – despite the obvious way in which these films have aged. I enjoy the 1970’s atmosphere of Moore’s Bond movies whereas Connery’s 1960’s films suffer from blatant and intolerable sexism that even the most misogynistic of viewers would fail to notice. Despite Withnail & I, The Rocky Horror Show and The Spy Who Loved Me, I first came across Richard O’Brien, Richard E. Grant and Roger Moore in the evidently abysmal – but highly nostalgic – Spice World from 1997. I have gone on to discover and respect the more high-brow work of all three actors but Moore, however talented, will always be Bond to me. Whether fighting off iconic villains such as Jaws or getting down to it with iconic women such as Grace Jones, Moore has shaped and framed my life-long love of the Bond franchise. His loss marks the end of something greater than I originally realised and I remain shaken by his passing…but not stirred. 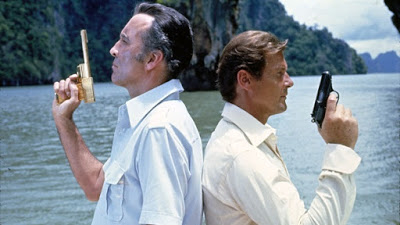