How to Talk to Girls at Parties. 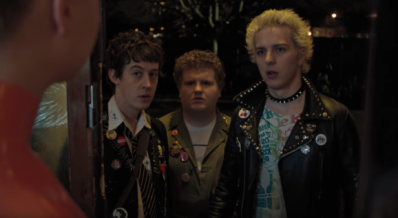 Based on the Neil Gaiman’s graphic short, How to Talk to Girls at Parties has been adapted to the screen by American indie and underground favourite, John Cameron Mitchell. Probably best known for his stunning and surreal debut feature, Hedwig and the Angry Inch, Mitchell seems out of place to direct a film based around a group of teenage British punks, growing up in nineteen seventies Croydon. His familiar directorial playground is American independent queer cinema and it proves an uncomfortable shift for this talented director to British comic story adaptations. It’s apparent from the film’s marketing campaign that How to Talk to Girls at Parties intended to follow in the cult footsteps of Scott Pilgrim vs. the World. Alas, this is nothing more than an over-convoluted mess which lacks heart, character, humour and focus. When a group of alien tourists come into contact with three angsty teen South Londoners, one of them flees from her tribe in order to experience the behaviours of the human race rather than merely observing. Swept up in a spontaneous and sudden love affair, extra-terrestrial Zan and pubescent schoolboy Enn have just forty eight hours until Zan must depart from Earth if she wishes to remain with her race. The film’s backdrop is London’s punk scene, specifically the Queen’s silver jubilee. This specific time period is most energetically brought to life by Nicole Kidman who comes dressed for panto-season in a blaze of bad wigs and cringe-worthy cockney glory. In fact, Kidman gives Shia LaBeouf (Nymphomaniac) a run for his money when it comes to camp British accents.

If this wasn’t enough to turn you off the film, How to Talk to Girls at Parties is entirely absent of charisma, vision and subtlety as we accompany too many characters whom its hard to care about, on a journey that is impossible to follow. The original tale may work well on paper but it certainly does not translate to film. It’s a nonsensical piece of amateur storytelling which gets very quickly clogged up with too many characters trying desperately to convince you they’re part of a smart hybrid. In reality, it’s the cinematic equivalent of standing up at a crowded gig with your very drunk friends, wondering why you agreed to come along, considering you don’t even like the band. Even Elle Fanning, in all her intense sincerity, can not save us from the smouldering chaos that surrounds her. She’s shoved next to irritating newcomer Alex Sharp who is let down by a character who appears to be the love-child of Richard E Grant’s Withnail and Hugh Grant’s awkward Notting Hill bookshop owner. It’s a real disappointment to see such a visionary and self-assured director become swamped in the turgid content of a film they clearly lost control of. As for the film’s narrative, it’s baffling – not because it’s smart and complex but because it’s stupid and infuriating. With no redeemable characters to root for and no plot to cling to, the film keeps you at arms length, leaving you with nothing to do but repeatedly and awkwardly glance at your watch during its emotionally intended climax. How to Talk to Girls at Parties is a perfect reminder that less is almost always more and that no self-respecting Brit is interested in seeing Matt Lucas back on our screens in a silly costume. 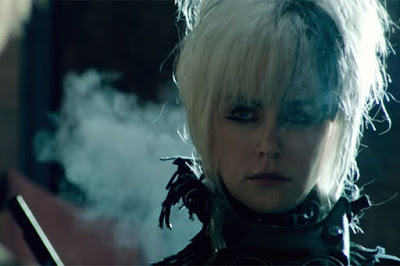 One response to “How to Talk to Girls at Parties.”