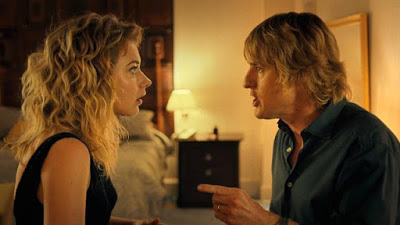 She’s Funny That Way follows in the success of Birdman, another comedy about the chaos of putting on a theatre piece. Unlike the Oscar hit, the new film from Peter Bogdanovich spends more time outside the theatre than in it; back-tracking through the earlier moments in the lives of all involved. Like a bad Woody Allen movie, She’s Funny That Way has moments of comedy but is altogether a little annoying and muddled. A strong cast clash in this bizarre study of love, sex and fame. Everybody is funny but nobody’s humour compliments anyone else’s. The whole story is told in flashbacks whilst an interview with hooker-turned-actress Izzy drives the many narrative. Imogen Poots, Owen Wilson, Jennifer Aniston and Rhys Ifans star in this chaotic comedy about ego and envy. Other Hollywood stars feature along the way, all leading to a vomit-inducing cameo at the film’s end – the final joke and the final, thick, steel nail in its cinematic coffin. Izzy is a call girl until a chance encounter with one generous client changes her life. Little does she know that he’s already changed the lives of many others. The client in question is Arnold Albertson – movie director, adulterous husband and frequent indulger in a prostitute or two. At the same time Izzy is being pursued and spied upon by an obsessive elderly client. Meanwhile, many of the other characters are seeking advice from an impatient, highly unprofessional, self-destructive therapist. In the film’s second half we are supposed to delight in the chaotic consequences of paths being crossed and connections revealed.

The film transitions nicely between the present and the past. Imogen Poots is a charismatic lead with a thick, convincing Brooklyn accent that seduces us. We haven’t seen Poots like this before – it’s an impressive and endearing move for the actress and the memory of her sticks in the mind more intensely than anything else about She’s Funny That Way. Jennifer Aniston flexes her bulging, comedic muscles as the short-fused shrink. The humour she brings is unexpected, blunt and outrageous. This is where Aniston is at her most comfortable and it’s the type of role I like to see her in. Owen Wilson and Rhys Ifans both capture the arrogance and limpness of the two men they’re playing. It’s also nice to see Kathryn Hahn getting more screen time than usual. This is Izzy’s story but we spend time in the company of an array of maniacs and unhinged professionals throughout Bogdanovich’s tribute to the romantic-comedy farces of the 1970s. Poots grounds the film with a consistent likeability – a likeability strained by later, unconvincing developments. Trying to be meta but verging on mercilessly nonsensical, She’s Funny That Way does great damage to itself as it draws to an end. I didn’t mind the film on the whole but was infuriated by the sour taste it left in my mouth as it tries to unsuccessfully and patronisingly out-smart you in its finale. She’s Funny That Way will find its audience, a very specific, forgiving audience who will be much kinder to it than I am able to be. An out-dated screw-ball comedy like this, with questionable gender politics, has no place anymore. 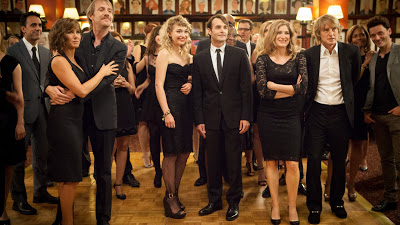