The first time I saw Mulholland Drive was on a dim laptop screen in the back of a caravan. Even in this least cinematic of locations I found myself intoxicated by David Lynch’s chaotic meditation on the putrid nature of Hollywood. This weekend I finally saw it for the second time on a much larger screen as part of its cinematic re-release, in celebration of it having been recently voted the greatest film of the twentieth century, so far. It was originally planned as an extension of the world Lynch had created in his popular TV series Twin Peaks, but a bitter falling out with the studio resulted in the final film coming to fruition years later as a stand alone project. I have historically never had a huge amount of patience with Lynch’s work and for years kept this my shameful secret. To this day I still struggle to identify the mastery within lots of his madness; perhaps through an unjust resentment I’ve developed from having to analyse the opening of Blue Velvet continuously as a film student. Despite continuing to struggle to warm to the auteur’s unique approach, I can’t deny the tempestuous ingenious of Mulholland Drive. It’s a film plagued with dread; rich in cinematic textures and dream-like terror. A multitude of different aesthetic styles and narrative trails slot loosely into place to make this frustrating, flawed and frenzied film something to unpick and piece back together a thousand times before you’ll ever quite be able to fathom it. 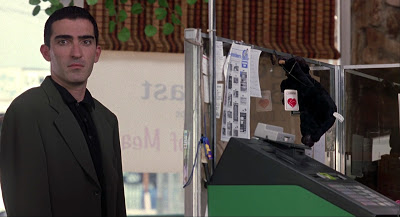 A naive and bright-eyed Betty arrives in Hollywood having come all the way from Canada to chase her dreams of becoming an actress. Her bouncy blonde bob carries her enthusiastically from scene to scene as she prepares for auditions from the comfort of her aunt’s L.A. pad. She quickly discovers and unexpected and uninvited guest taking refuge in the residence, a young woman suffering from amnesia after surviving a violent car accident. Unable to recall her name, she calls herself Rita, inspired by a poster for the film Gilda that hangs in the house. Together Betty and Rita begin to investigate in the hope of being able to identify Rita and uncover how she got here. Meanwhile mob-like movie bosses and corporate bankers pressure a film director into casting a specific actress as his leading lady and Betty makes quite an impression in her first audition. Time, place and character all start to morph and merge amidst a dream-like cabaret show. Let us also not forget a stranger’s iconic re-telling of his own nightmares, about a diner called Winkie’s, which gives the film its initial creepiness and sense of doom and dread. With Angelo Badalamenti’s rich score and Lynch’s lack of regard from conventional storytelling, Mulholland Drive is as repugnant as it is enchanting; a bizarre but beautiful testimony to the film industry, lead by an astounding turn from Naomi Watts who, like the film itself, transforms herself from ravishing to monstrous. Don’t try to solve the questions Mulholland Drive dangles before you, simply bask in the tumultuous experience it provides. 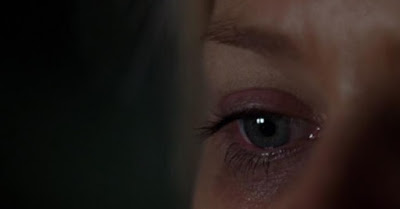