In just a matter of weeks, the world’s third largest Documentary Film Festival returns to Sheffield for its 24th year. From Friday 9th to Wednesday 14th June, Doc/Fest will take place across the city with a diverse programme of films, public talks, industry sessions, new technologies and virtual reality exhibitions and late night parties. From immersive screenings to highly-anticipated V.R. experiences to masterclasses and Q&As with both new and returning talent, Doc/Fest is far more than just a documentary film festival. It prides itself on being at the forefront of global storytelling, championing the future of the industry through both social debate and technological ambition. You can buy a pass, book tickets and view the entire programme now on the website. In the mean-time, here’s five films not to be missed at the Festival this June.

Documentary pioneer Nick Broomfield brings the UK premiere of his latest documentary biopic to Doc/Fest on Sunday 11 June. The film unpicks the success and struggles of Whitney Houston, arguably America’s greatest female vocalist. The pressures of fame, the tragic grip of addiction and the extent of her talent are just some of the angles from which Broomfield will approach his subject in his latest work. This is crucial viewing for anyone who is a fan of Houston as an artist or fascinated by the poisonous power of the press and the ever-increasing intrusive nature of international media. Broomfield will be attending the Sunday screening where documentary staple Louis Theroux will also return to Doc/Fest to host the post-screening Q&A with Broomfield; a conversation between two masters of the craft that promises to be insightful and entertaining.

Theo Anthony’s unusual film puts the Baltimore pest-problem at its centre, looking at the increasing rodent infestation that impacts on the city and its inhabitants. Anthony uses this angle to explore the historic racism that plagues Baltimore, and the social impact that the city’s urban design has on those living in Baltimore today. It quickly becomes apparent that this is not a film about rats, despite their vital importance to the film’s narrative and social study. On a technical level, Rat Film is a versatile and wholly original piece of work which incorporates an abundance of documentary traits from voice-over to talking heads but all blended and stretched to the limits, complemented by a soundtrack one wouldn’t expect but which raises the film to new heights of uniqueness.

Following a four-day therapy sessions, The Work brings high security in-mates face to face with an array of male citizens in the hope of leaving all ego and judgement at the door. What follows is an intense few days, both emotionally and physically. Zoning in on a selection of individuals, The Work explores complex inner turmoil (and an array of daddy issues) that both the inmates and your ‘average Joes’ manage to bring to the surface. The Work is a complex and highly emotional study of raw and uncensored masculinity, showing the intensity of hard-core rehabilitation and the peace and violence it can bring. Utterly captivating and brimming with an almost incomprehensible honesty, The Work is an absolute game changer. 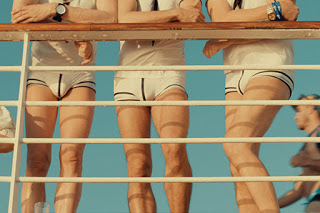 Dreamboat documents a handful of individuals who have climbed aboard a week-long cruise with three thousand other gay men for a blissful and boisterous seven days of partying at sea. Be prepared for endless shots of bare bottoms and hardcore dancing. For those inclined to experience sea-sickness, this is a claustrophobic study of several men who find themselves on the Dream Boat for different reasons. Men of multiple nationalities, ages and life experiences are the subject of this heartfelt, humorous and uncensored exploration into masculinity, love, sex and companionship.

One of five films nominated for this year’s Youth Jury Award, Egil Håskjold Larsen’s UK premiere puts a three-year-old Syrian child, Lean, at its centre. As her family journey from Syria to Sweden, the director positions the audience at Lean’s height, viewing a world of uncertainty from her perspective. With endless harrowing tales of migration for those who are fleeing war coming to light each day, 69 Minutes of 86 Days educates us on just how unsettling such an experience must be for those who are still knee-height. This is both a celebration and a stark reminder of strength and struggle so many people show whilst faced with having to leave their homes and loved ones. This film shows how childhood is both affected and continues to flourish despite the agony of having to abandon all you’ve known.

These are just a few of the exciting and impacting projects to be discovered and experienced at Doc/Fest 2017. This year’s programme boasts a diverse and detailed array of stories that shine a light on those whose stories are so often hidden from the mainstream. There is a particularly strong focus on stories of the LGBTQ+ community and women’s rights and issues this year which makes Doc/Fest 2017 feel particularly exciting and admirable. Come to Sheffield this June to partake in a festival with a fierce fire burning in its belly. View the full Festival schedule here. 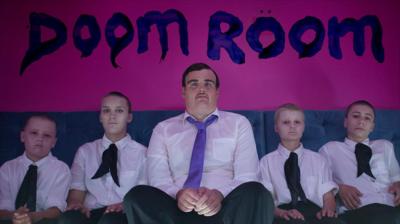